Backing it up a bit….

Kelsey came into my life purposefully from the Nashville Humane Society. She was a three-legged motherless German Shepherd/Sheltie mix I met after the NHS experienced a fire. I’d gone to foster a cat, but was ambushed by a wicked fast furball that jumped into my lap, snuggled up under my ear and held on as if her life depended on it. She was so seriously quick, I didn’t notice her missing leg until I put her down a good 15 minutes later.

OK, back to the TN litter experience….

Cab was a black lab mix puppy from a purebred chocolate lab and … some other type of dog. This puppy boy was talkative in the way Cab Calloway sang: Ayow, ayowa, yowa, yow. He ambushed me with cuteness and sang the entire time I was driving. Yes, beginning in Tennessee, all the way to Michigan.

Anticipating the same sort of scenario in Michigan, I was determined not to reach in anywhere or pick anyone up.  Jeff seemed to know the farmer that let us into the dog run area. The man didn’t stick around, closing the gate behind him as he left. “I’m gonna finish my dinner,” he said. “Let me know when you’re done.”

We rounded a corner were completely ambushed by steady stream of roly-poly Jack Russell tumblers. I stopped moving at once and must have looked as surprised and terrified as I felt, because Jeff stopped, too. “What?” he asked.

“I don’t want to squish one!” I faltered. He laughed and advised me to move slowly.

“There are more in the barn,” he explained, grabbing my hand.

My eyebrows shot up and my eyes narrowed. “And you would know this how?” I inquired. “Because… I’ve already been here,” he answered matter-of-factly. I realized I’d been ambushed by my dogged husband, too.

Moving inside, it took me a moment to adjust to the dark. I was still squinting a little when one of the little spotters ran up to Jeff’s foot, sniffed and start a happy dance. “

Oh,” he said scooping it up to eye level, “you remember me!?” He scratched both ears, rubbed it’s pudgy belly and turned to me with hopeful puppy-eyes. “It’s a boy….” Jeff  offered, extending the little guy toward me.

I took him without fear, because, as I mentioned earlier, the pip squeaks weren’t ready to leave their momma, yet. 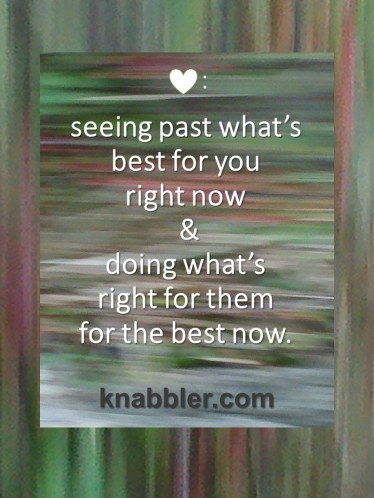