The laughter was a much needed segway that softened what I needed to hear next.

In my attempt to stay on-path with Jeff’s wishes, I completely failed to recognize some somber facts. When Roger told me that he’d asked the funeral home to prepare Jeff because he wanted to see him, I was shocked.

How could it never have crossed my mind that his parent would want to see him one last time. Or that his sister was still waiting to see him. Or that his brother needed to say goodbye, as well as everyone else there.

It certainly wasn’t an intentional blockage of family or selfishness. I was honestly disconnected, from everything and everyone. Disengaged, I guess, until I found myself raising my hand.

Roger held my hand and we stood in the back of the room, as others made their way upfront. I expected a casket. I don’t know why.

Instead, though, the man I thought I would never see again, lay on a well-disguised table. Jeff, tucked beneath a lovely quilt, looked just like himself, asleep.

We moved closer and stood in front of the few seats that had been assembled.

Jeff’s dad asked me softly if I wanted to say goodbye. I didn’t. I didn’t want to say goodbye and hadn’t expected I’d have to. If would have been much less painful to not.

But gently lead, I did. I touched Jeff’s shoulder, his brow, told him I loved him. I cradled his face, kissed his cheek and took the hardest walk of my life, away.

So, while the image of Jeff, deceased in our bedroom, remains vivid, I also have that last time; peaceful, unexpected, important, comforting, real. All, that I didn’t know I needed. 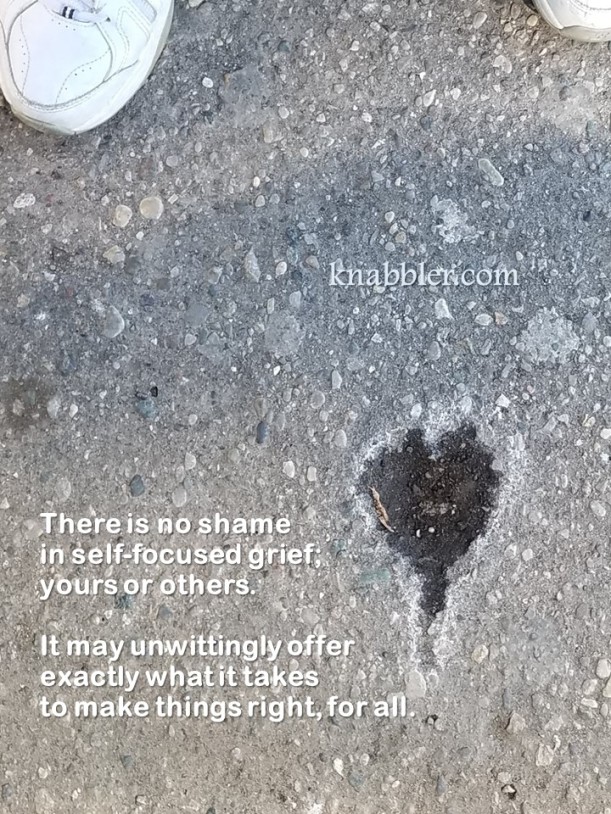