After the phone calls, after dinner, we settled into our comfortable spots.

During a commercial, we started talking about where we’d go for our 5th anniversary dinner. There was no contest, really. Sal’s Italian Restaurant in Tecumseh. Close to our almost-in-town townhouse, it had been a great favorite Friday night, take-away spot for us.

It was the first place outside of New York, I’d ever had a good Italian Wedding soup. The garlic bread was perfectly garlick-y, beautifully buttery and sublimely sprinkled with parm. The red sauce was perfectly saucy, from an East Coast perspective.

Sal’s eggplant parmesan was wonderfully and deliciously authentic, too.

Not so long before Jeff brought me to Sal’s, I made this dish for him. We’d been dating about a month, and it was supposed to be our first stay-in, dinner-in, at my Okemos apartment.

It was awful. Bitter and mushy; with raised forks, we watched each other watching gooey, grayish globs weeping through the tines.

He asked me how long I’d salted it before cooking. I accompanied my dumbfounded look with the teary explanation that I had just winged it. “Gotta salt it,” Jeff sagely advised. “Even then, it’s not so great, sometimes.” We went out for Mexican.

Sitting in Sal’s, I watched Jeff contemplatively chew for a bit, and laughed when he decisively summarized, “I’d rather have the chicken.”

Jeff mentioned Evans Street Station as an alternative. Because we’d already be dressed up for our church photo, I considered that. It was so sweet of him to mention the fanciest restaurant in town. A few years after opening, it was still on our to-do list. We just hadn’t made it there, yet.

“Maybe, some other time,” I smiled. “I’m really missing Sal’s. It’s the first place we ever went to dinner in town. So, that kind of makes it ‘our place’, too.”

“You won’t get any arguments from me!” Jeff grinned. 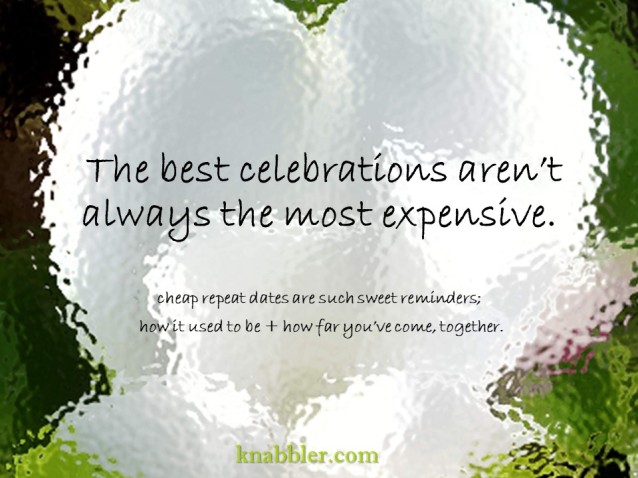