Over the years, in my tragicomedy approach to healing, I sometimes emphasized the on-the-verge-of-inappropriate, near-comedic aspect of that moment.

Other times, I’ve grumbled outwardly about the monkey-wrench that almost reset the officer’s overdose suspicion back to square one.

I think back on it now in wonder.

To pass by two ambulances, two police cars, a parade of neighbors outside and in and still have the hopeful faith that what I said wasn’t what I meant, is perhaps a gift from God. One that got her from one point to another safely, and positioned her to tell the story in a way that I could not.

I don’t know how long I sat there on the couch, on the section closest to the front door.

But, that’s where I was at the moment it became real.

The moment when the heartbreak became a ripple and the ripple was absorbed.

I don’t know how they got there. It seemed they just appeared, each hovering one step inside the door. A three-man row of grief and disbelief. I recognized the vacancy.

These were the first three people to share my grief; the first intimate ones I had faced.

The ones I knew were at least where I was, and were perhaps even deeper.

The ones who’d had him way longer than I; the catalysts of tears.

I had no words. Even if I had, speaking and crying is a complicated gift I have always lacked. Unconquerable, it’s either one or the other. Right then, it was the flow and terror.

In many ways the police and the emergency personnel were impartial. They were interested in facts.

Facts were an eerily calm surface; I dreaded the questions barely beneath. At some point, they would rise, buoyed by ripples, pushed upward as expelling gulps of grief. How could I explain why I wasn’t where I was supposed to be; where I usually was; where, for just this one time I wasn’t. 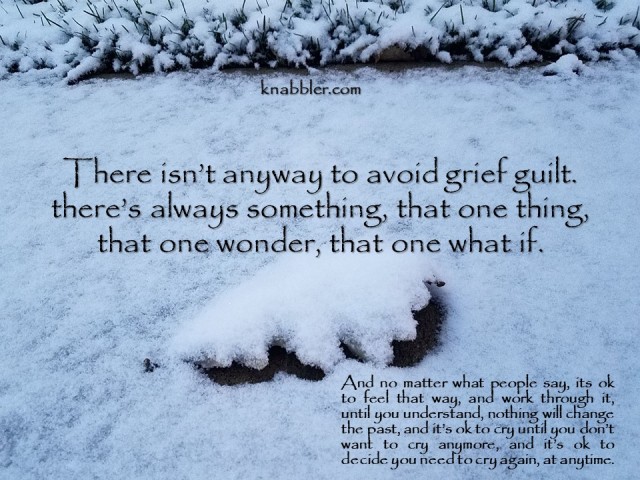