As near as I can tell, I began my first on-line blog in February 2008. The only semi-proofs I have are a binder-clipped, wrinkled paper table of contents printed on December 27, 2013, and an entry dated November 10, 2009 that indicates I’d been at it for 89 weeks.

The announcement that the University of Michigan library would be offering a free movable type publishing platform arrived in a daily news email. Known as ‘mblog’ the site hosted my weekly entries until December 2013.

I eased into blogging by rolling away from a previous weekly publishing. What started as a weekly email to 37 people turned into a way to update family, friends and coworkers on a 2007 mission trip.  I called the original email newsletter, “Midweek Encouragement” and it offered just that. The standard header on each weekly Word document read, “One Page, Once A Week for the Promotion of Learning and Love.”

When mblog ended, I had to find a new way to keep sharing. I researched a bit and ended up on WordPress. The reviews indicated it was an easy-to-use site, the yearly fee was reasonable and instead of having to email a link directly to my readers, the link could be auto-sent to any subscriber.

The subscriber thing didn’t exactly take. The direct email list is now 64 participants, and the WordPress subscriber list has stalled at 58. Exposure on Facebook and Twitter is auto-linked and between the two, there are at least 250 potential exposures.

February must be an historically slow month for me because that’s the month I chose to enter the Instagram world in 2016. I’m hovering around 175 followers there.  To be honest my average weekly WP stats show about 25 average views per week.

The most read week I ever had was October 4, 2016 with 131 views, not so coincidentally the near 10th year anniversary of my husband Jeff’s  passing. This isn’t a pity party. It’s just me contemplating my strange dedication to maybe being heard, at least once a week.

Here’s what I do know, though. 484 weeks in, the answer to the hard and frequent question addressed in that November 2009 passage hasn’t changed much. 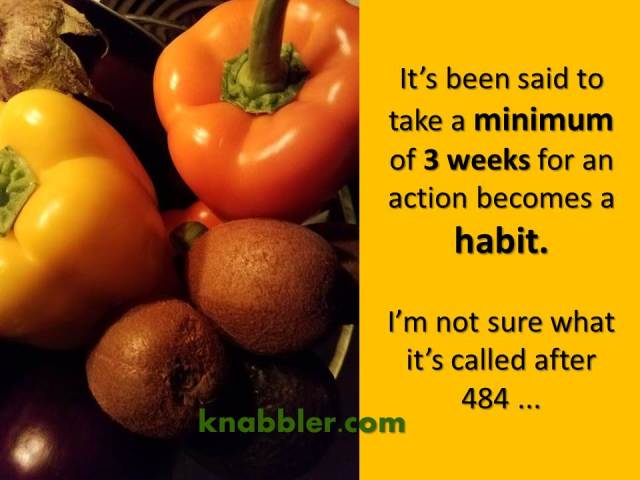