Jeff and I shared the desire to own our own business. Since we both had jobs, we often talked about what we’d like to do, together, someday. And since Jeff was up late at night a lot, he was the one who saw the Tom Bosely, Specialty Merchandise Corporation infomercial. He told me about it in the morning on our way to work. That evening we crammed into our tiny office in the Tecumseh townhouse, fired up the computer and read everything there was to read on the SMC website.

We started off with a standard website and sent out a dozen business inquiries. We thought we should start small. We received one response from a tattoo shop in Tecumseh, set up a meeting and sold a few things. We sent out another dozen, but nothing came of those.

Jeff came up with another idea, though. Jeff used to sell trading cards at expos and we both loved flea markets, so we decided to try those route. The hardest thing about retail is trying to gauge what buyers want. We set out to see what was missing from the local weekend markets, and decided it was garden décor and birdhouses. I also included some of my fabric flower pins, just to see what would happen.

We did well enough our first show to earn back our table fee and recoup half of our purchase money. It didn’t come close to breaking even for us, especially with the program buy-in fee. I took the catalogues into work and made a few sales that way. What was left was taken to another flea. That’s where we learned (which we should have already known) that the same buyers go many places to see what is different. Of course, we should have known that, because that’s why we went to many places, as well.

After spring and summer, comes winter and no markets. We had quite a bit of stock left, and our enthusiasm for dragging around merchandise, setting up and tearing down displays every weekend kinda fizzled. It came up in conversation one day with friends who had a retail space in a mall that currently had some open spaces available.

“What good would a store be?” I asked Jeff. “You can’t just have a store open on weekends…” 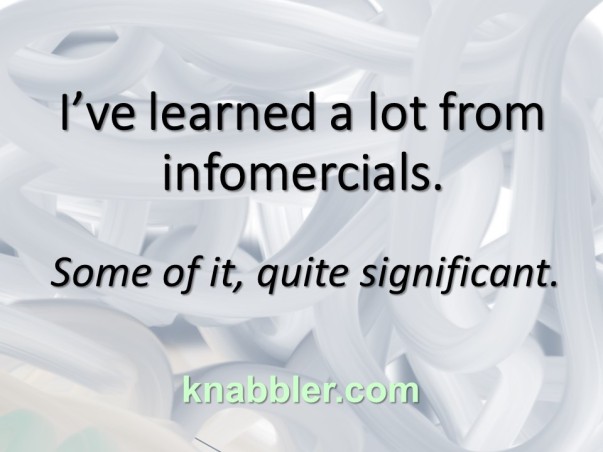 So many things went wrong. Small things became disproportionate disasters. Mostly, due to my stubbornness, but always with help from Jeff.

Apologizing to people who may not have known they were slighted won’t make me feel better. Probably won’t make them feel any better, either.

I’m also a bit uninspired from having to sort through some rather uninspiring parts of my recent life. It would be nice to be self-inspired, but that’s not working so well.

Pushing a stalled car may get you somewhere, but it’s still going to be stalled when you get there. I’m trying but I could use a little outside inspiration… and a magic wand.

About Nannee, Mary Vincze was a strong woman with a strong faith. She buried her husband young and lost her only child, her daughter Sally. They were close and I do believe that she struggled, although she would never admit it. Nannee was a smart woman, worldly wise, I’d say. She’d seen much in her lifetime; poverty and boons, war and peace, births and deaths.

She never hesitated to put a positive spin on any situation, often quoting condensed bible verses. When Jeff and I would take her to church, she’d always advise me that I could indeed take communion because it was “open to anyone.”  I’d just smile politely and shake my head, “No.”

Before I began this WordPress journey, I used a now defunct free library blog. Before I began A Year of Memories, which is now in its second year, I would just write. Whatever was on my mind; informational editorials and advice, mostly to myself.

I often go back to my archives looking for a specific story: to find an outline, for the facts, for details and any memories I might have forgotten. I didn’t find what I was looking for tonight. I found April 16, 2013, instead.

There were paragraphs before this excerpt and paragraphs beyond, as well. It may seem like an interruption, but it’s a crucial part of the story. It’s what allowed me to have stories to share. I won’t lie and say from here on it will all be laughter. There are more sad moments coming. There are also tender moments, happy moments, hilarious moments.

Still, if there is only one lesson to be learned from storying the past, it is this:

Being pleased with your life is a wonderful long-term thing, but happiness…?
Happiness is a notch above, usually for a shorter time than we’d like.
How could we know what happy was if it didn’t sweep in and out of our lives?

Happiness can only be counted in moments.
So, count them.
Immediately.
Safe-guard the memories.

Someday ahead, you’ll need them to remind you
that you were indeed happy once, and for a while.

Trust that now may not be your time.
Act on this: happiness is something you can give away,
To whomever you choose;
even if you don’t have any, at this particular time. 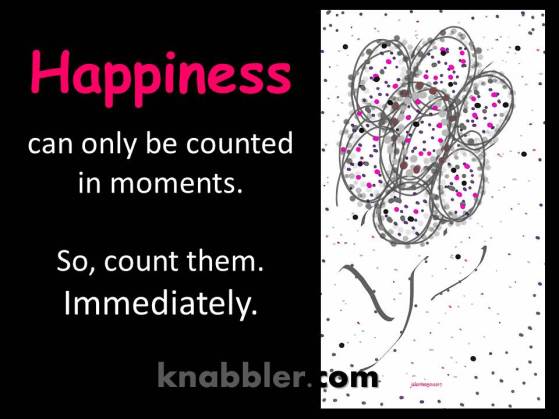