The first question wasn’t what I expected.

The first question was whether or not I had told Jeff’s dad.

I could not do that. Tell him. Tell her. Not on the telephone

I don’t know if my explanation was taken as a request or if it was realized that none of them would be able to make those particular calls, either. The news was delivered to each by the trio, in-person.

I can’t put a time on how long they hovered, statued in their spots. Where the entryway linoleum met the carpet, loomed a gap none of us would breach. I maintained my seat, way more than arm’s length away. As if being in closer proximity might alter the containment each of us were fighting for.

If any conversation of action took place with or without my participation, I have no recall.

In exactly the same way they appeared, the three men were gone.

The next bit, I recall standing outside of our bedroom telling Jeff’s sister, “No.”

But he was near-naked and undignified, and I unexplainably felt strongly compelled to stop her. It flashed through my mind so quickly, I’m not sure the thought was my own.  He does not want her to see him that way; to have that final picture stuck in her mind.

Much in the same way, I don’t remember anything else about her being there; her coming or going, who came with her or anything.

The next piece, I see myself sitting on the other end of the couch nearby Jeff’s Aunt on an out-of-place chair and a cousin sitting on the floor. I don’t remember them coming or going, either – just that snapshot.

Sadie was doing her best to make people happy, eagerly seeking out the sad and dropping her ball for distraction. 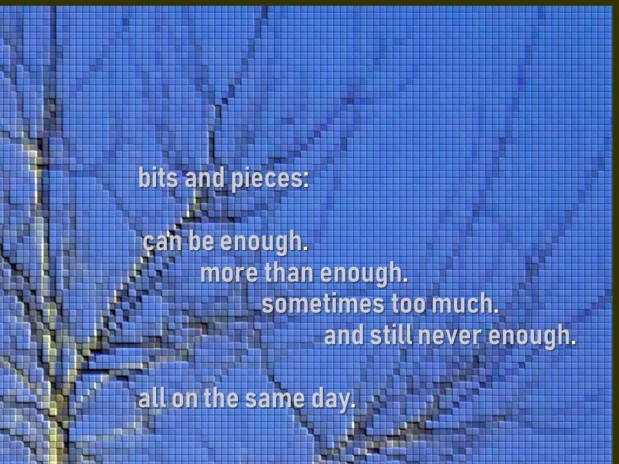