As Jeff requested, we went straight home. Didn’t stop to eat on a Friday night, which was unusual, for us.

I cooked that night. Nothing unusual. Just my usual, my-turn-to-cook, spaghetti and meat sauce. Quick, easy, and yummy;  only because Jeff had taught me how to doctor up the jarred stuff. Fresh garlic and onions, sautéed with the meat, and finished with generous handfuls of fresh grated parmesan, made all the difference.

Jeff ducked into the shower, while I was prepping. He announced that he had sweat enough for a whole week that day, and needed some freshenin’ up. He was in there a little longer than I thought he would be. I considered checking on him, but he appeared, just then, in fine spirits.

“You can go sit down and relax,” I said. “Dinner’s almost done.”

“Supper,” he jokingly corrected me.

It was our usual, silly corny routine. The result of early dating differences, and trying to convince each other what the proper name for our evening meal should be. A lot like the next Saturday/this Saturday debate. After a few, important, miss-communications, we’d decided it was best to always supply a numeric date, when discussing the future.

Happily headed to the den, Jeff parked himself in his chair, legs elevated, as usual. I was stirring the cooked pasta into the sauce, when the phone rang. The one-sided part of the conversation I could hear, was Jeff laughing and saying, “Oh, hi. Yes, I’m fine. Feelin’ great now. Must be…. ’cause I even got my appetite back. Just waitin’ on the wife to serve me up some supper!”

I playfully arched an eyebrow at him through the pass-thru. “Oh, I’ve done it now,” he laughed, said his goodbye, and hung up.

The check-in was from the owner of the business who had taken our original 10’x10′ spot at the mall. They hadn’t been open all that long. I’d only, recently, met him and his wife.

But, Jeff, as usual, had encouraged them, and advised them, and in the course of the day when there were few customers, extracted most everything there was to know about his new friend.

“Wow.” I thought on that for a second. “That was really nice.”

I delivered Jeff’s serving, along with his usual big glass of white milk. On my way back to the kitchen, I stopped before rounding the short, separating wall.

“So, you must have really scared him, too. Huh?” 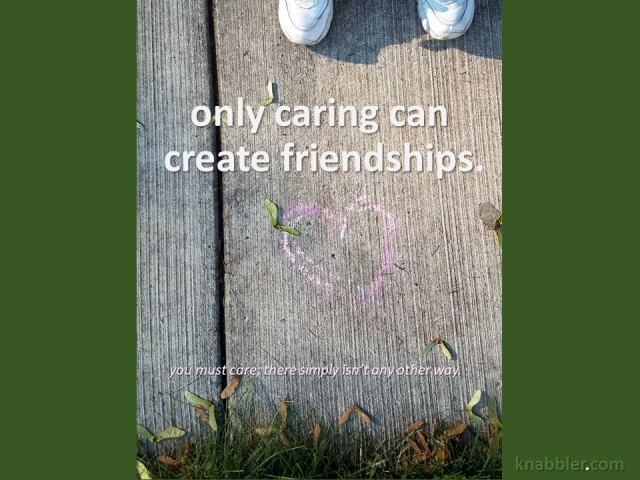 I almost believed him.

“Oooooo – k.” I took my time stretching it out.

“If you’re sure…” I added, in an identifiably skeptic tone. The one Jeff had come to recognize as my ‘that might not be the best way to handle this‘ voice.

The thing was, until I was picked up for the ride home, I’d forgotten that my other end-of-the-line back-up driver wasn’t with me.

I decided to stop at the store on the way home, to see for myself. When I got there, he was sleeping. He woke up immediately, but was mildly disoriented for a few moments.

I couldn’t take him in the commuter van – that was an unauthorized no-no, which could have disbanded the van pool.

I considered parking the van at the store and driving the Buick home. But, we had a visiting trip planned for Saturday, and wouldn’t be able to pick-it up until Sunday.

The thought of leaving it in the parking lot made me nervous. If anything happened to the van while it was parked there, I’d be responsible.

I asked Jeff to call around, and see if someone could meet me at home in Adrian, and then drive me back to Tecumseh., so I could turn around drive him home. That wasn’t easy, either. After a lot of attempts, Jeff finally found someone.

There ended up being some sort of confusion; some sort of delay. Jeff announced he’d just drive himself home. He didn’t want to put anybody out.

I put the ka-bosh on that, attempting to entice him with the promise of stopping anywhere he wanted to for dinner on the way home. He said he’d wait, but he wasn’t really hungry.

My whole trip from the store to home, and back to the store, took about an hour. By the time I got back there, Jeff was feeling better, and feeling badly, that he’d cause so much concern.

Our rescuer was a sweet, new-ish driver, whom Jeff had been giving cooking lessons to, and who happily referred to him as ‘Uncle Jeff.’

I gotta tell you; this. It never ceased to amaze me how kids gravitated to him, and how strong those bonds became. Little people didn’t look up and see a huge, hairy scary giant. They instinctively recognized him as a big, loveable kid. There wasn’t a single one who was afraid of him.

In fact, there was one little boy, we were about to meet who had developmental problems. We’d been told he was terrified of new people, and had been known to throw himself on the floor in tantrum when faced with an unfamiliar situation. We’d been warned, it probably wouldn’t go well.

What I wasn’t prepared for was for the little guy to walk right up to Jeff, shake his hand, and say, “Hello.” It was truly special.

And, a profound moment for me. I didn’t suddenly learn something new about my husband. There was no Godly beam of light or angels chorusing, but my heart swelled, as if there were.

I know some of those kids still remember him, because they still talk about him. About all the silly, outrageous, playful things he did. About his patience and the knowledge he loved to share.

As I’ve told you before, he was kinda unforgettable. Even more so, to a kid.

There’s a memory gap, between the time I left the house Friday morning and the time I got the phone call.

At the time, the conversation didn’t shock me. It does, now, though. Because of the way the mind works.

Jeff’s body had already cried “wolf” so many times, it wasn’t too terribly concerning. We were operating under the well-documented and demonstrated assumption that he would rally, of course.

Typical for Jeff, he had fallen asleep in his squeaky, red-glitter vinyl, swivel chair behind the display case. Importantly, the swivel and squeak would often jolt him awake, if he happened to drift off. They had saved him from falling back, or falling front, or falling off.

“I had a hard time waking him up,” she said. “A really, really hard time. I thought he should go to the hospital, but couldn’t get him to go. He doesn’t look so good.”

Thanking her, I hung up, and immediately dialed Jeff.

I rushed over his typical, jovial greeting. Hi, just calling to check up on you. How’s it goin’? ”

After a beat, Jeff huffed. “She called you, didn’t she?”

“Yep. You wanna tell me what happened?”

“Really?” I ppersisted. “She thought it was somethin’. Said you scared her.”

He explained he’d arrived there later than he had planned (typical). “Was walkin’  around, then, I was out of breath, and I was sweatin’ real hard. So, I set down to drink my pop.”

Knowing I’d be annoyed and prone to not so subtly reminding him, again, that sugar and caffeine were not a diabetic’s friend, Jeff decided to skip right over that rote role-play.

“Aw, I didn’t mean to fall asleep,” he almost whined. Continuing on a sigh, he finished in typically optimistic Jeff style, “… but, it was a good sleep, so, I must have needed it.”

“Yeah,” he answered. “Kinda a little bit dizzy, sick to my stomach.”

“Maybe, you shouldn’t finish the Mt Dew,” I poked.

“Uh, huh, sure.” I snarked. His expected chuckle sounded a little off, not quite right.

So, back to this particular day. Over unrushed, non-churdled coffee, I asked how Jeff was feeling. He told me he must be getting better, because he felt pretty good. He was less tired than he had been for the last few weeks.

We had a quick conversation about maybe buying a cappuccino/espresso maker and a popcorn machine for the store. His targets, he’d explained, were the massage and hair salon clientele. He figured there was usually a person or two waiting, and the smells would be tempting. Plus, it’d make the whole place a little better on those extra hot summer days when the wind drifted in, confirming evidence of the adjacent farm.

“And…” he preened. “I already looked and they’re not that expensive.”

It was a creative and very cute idea. I knew it wasn’t going to be as easy as he thought; I saw issues. I brought up food licensing guidelines. Jeff immediately responded that we already had our food handler certification. I pointed out that preparing food to serve as opposed to just opening a jar of salsa and handing someone a cracker wasn’t on the same level.

I tasked Jeff with finding out if there was even piping for water available for our store. My optimist said that wouldn’t be a problem. If there wasn’t, we could just increase our water delivery for brewing. I countered; how would we clean up or clean our equipment?

“We can use the salon sink. I already talked to the owner, and she likes the idea of coffees.” Jeff offered, smiling proudly. He’d done some leg-work on this.

“With the hair dyes and bleaches?” I questioned. “I have a feeling that would be a bad idea, even if somehow it was approved by the licensers.”

Jeff tugged his ear, reasoning aloud. “Well, there’s always the bathroom sink.” I asked him to check on that, too.

I told Jeff I thought it was a great idea, but we had to see if it was workable.

Getting up to leave, I had another question for him. “Do you even know how to use one of those machines?”

“Nope.” He replied, with confidence. “But, we can always learn it at home, first.” That typical Jeff answer made me giggle.

With a quick kiss, we mutually advised each other to ‘have a good day.’ Then, I was out the door.