When Jeff had a dream, he dreamt big. He’d laugh and call it a vision.

And it would always begin with, “Suppose…”

All of our Michigan Hot Sauce Club store open house events began that way. We held tastings. Jeff made snappy dips, fiery cheeseballs and poured crab salsa over cream cheese. We’d line up 5 jars of salsa or 5 bottles of hot sauce or 5 bowls of fiery snacks/candy/cookies, labeling each with a heat index. Mostly, to protect the mild lovers from accidentally dipping into anything Blair’s or Dave’s Insanity.

My favorite heated creation was the Spicy Texas Sheet cake.  Such a perfect combination of cocoa and sugar and spice. I tried to make it once without him. It just wasn’t the same. I followed his recipe verbatim, but it lacked Jeff’s magic touch.

That’s not a flighty compliment. I firmly believe everything came out scrumptious simply because Jeff believed it would. Just as I know, he truly meant it when he said everything will be fine, even though it most likely wouldn’t. It was an admirable trait, which occasionally annoyed me to exasperation.

Yes, GOD would provide, but He gave us brains to figure out how we could help ourselves, as well. I was a disaster planner. Jeff was a ‘let’s see how this goes’ guy. Stress begets stress, but Jeff deflected well.

I’d say, “Unless that other thing turns into another thing.” Jeff would say, “Let’s just see what happens.”

His weekly BNI meeting had incubated an idea he was all fired-up about. Pun intended; that was Jeff’s favorite tag line.

One evening, I came home to Jeff’s biggest “Suppose…”, yet. 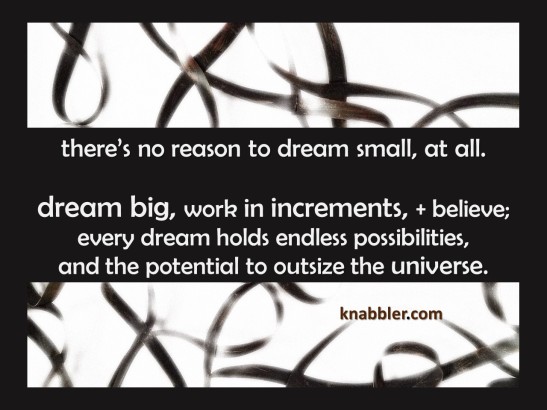