Before Jeff, my knowledge of stock car racing could fit in the palm of my hand.  And, that’s only because I’d had my first NASCAR experience at Michigan International Speedway, two weeks prior. Before that, my race knowledge would have fit on my pinky nail – with room to spare.

I was working for a company with a Pepsi connection who’d come up with tickets and pit passes for a Saturday race. I went with a coworker who was super excited, and went on and on about not ever having been in the pits.

Skeptical me wasn’t sure I’d enjoy wandering around garages or watching cars go in circles. It was actually pretty exciting to be so close to the pit boxes and watch the cars squeal in for service. I was blown away. First by the size of the crowd, second by the heat, third by the cars in the pit and lastly by the sheer volume of media present.

After a few hours, I came away with a dusting of sunburn, fine dirt dust everywhere, the smell of hot tar in my nose, hot feet, a little bit of a hearing issue, a lanyard and a hat. The lanyard and the hat went to Jeff on our second weekend. He was my first exposure to the rabidity (in a good way) of die-hard, racing- hearted NASCAR fans.

In Jeff’s case, any potentially obtainable or even absolutely unobtainable NASCAR thing, warranted a wide-eyed, lip-pouting, hand splayed, verbal ooo-intake-of-air exclamation of …. something undefinable, truly. He’d look like a puppy eyeing a brand new ball. , and it always made me laugh. As goofy as he looked each time, I’m sure I looked even goofier always grinning like I’d never seen anything so adorable on a grown man.

Unfortunately, months later, my gifted lanyard resulted in an additional, tacked-on violation, along with a no-belt violation and a reckless driving ticket. All on the same  traffic stop for ‘cutting off’ a state trooper, being unbelted and having my NASCAR lanyard ‘obstruction’ hanging from his rear-view mirror.

When Jeff matter-of-factly informed me I hadn’t “seen nothin’, yet,” he also pretty positively asserted I’d be going with him to the next set of races.

Since he was also nodding at me emphatically, as if it was already a done deal, I shrugged and said, “Sure, I’ll go.” 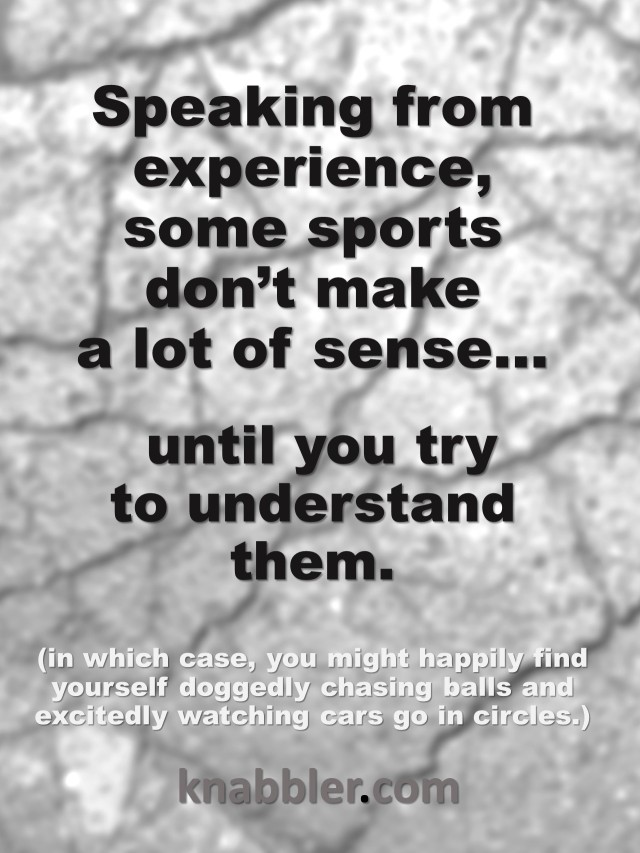