More often than not, Jeff and I would visit one of our favorite diners on a Friday night. More often than not, I’d spend a lot of time reviewing the menu and then need more time when the waitress came by. This befuddled him. “We’ve been here before,” he’d tease. “It’s the same menu they had last time we were here!”

I’d explain that I just wasn’t sure what I felt like eating and then pick two items to continue to debate with myself until the waitress returned. I’d tell Jeff, “I’m not sure if I want the turkey dinner or a Reuben,” or some other combination of two dissimilar choices. When it was time to give my order, more often than not, I’d request something I hadn’t mentioned, like an omelet or a tuna melt. Jeff would laugh with glee. Shaking his head slightly, he’d jokingly ask, “Where’d that come from?”

As we left our first visit to the bridal mall, and unlocked our car, the owner earnestly asked, “Are you definitely interested in the space?”

“Oh, yes,” I answered immediately, nodding at Jeff. His smile lit up.

“Do you know for sure what kind of store you want it to be?” she asked.

“Or…” I began in a definitive voice used to imply we’d thought about this hard and long and were completely confident in our future success. “… a hot sauce store.”

To his complete credit, Jeff never batted an eye or looked at me good-naturedly dumb-founded as he often did when I had an off the wall idea or unexpectedly changed my mind about dinner.

To Jeff’s credit, he simply smiled and tucked himself into the car waving goodbye and saying we’d be back in a few days.

When he did react, it was very slowly. He moved his bottom jaw over the side a bit and worried his lip a bit, as if he was sure he hadn’t heard what he’d heard.

“Why did you say that?” he asked, as we pulled out of the drive.

“But, where did that come from?” he questioned. “It’s not bridal themed…”

Jeff said nothing more than, “Let’s go to the diner for dinner.”

The diner closest to home was the one we usually went to for breakfast. So, I was checking out the dinner menu, when the waitress arrived. I needed a minute, so the waitress left and I perused some more. “Hmm,” I said. “Not sure if I feel like meatloaf or lasagna.”

Jeff recommended the meatloaf. When the waitress returned and asked for my order, I asked her opinion. She said the meatloaf was very good. I nodded my head, handed over my menu and announced, “I’d like a tuna melt, on rye, please.”

Jeff shook his open menu in exaggerated surprise, then boomed out a laugh at the confused look on our waitresses face. “Don’t worry, …” he joked, pointing his menu at me for emphasis. “That…” he continued with the utmost sincerity, “was just her havin’ a menu moment.”

He snapped closed his menu, handed it over, ordered ham and bean soup and … the meatloaf dinner.

With that settled and with obvious curiosity, he politely questioned, “ sooooo … a hot sauce store?” 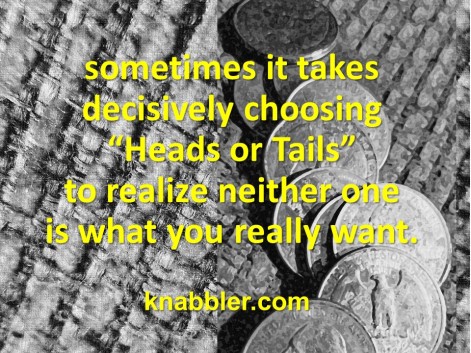