Our salsa garden lead to lots of salsa and experimentation. Skow’s organic farm in Adrian was a frequent stop. We’d pick up extra tomatoes, onions, garlic, cilantro and whatever else looked good. Jeff’s frequent visits lead to a friendship, because, well … Jeff!

At least once a week I’d head over there with Jeff. We’d pick fresh produce and Jeff would make “Summer Slop.” For sure not the most appetizing name, but it was wonderful. It began with bacon or kielbasa and continued with the addition of zucchini, onions, tomatoes, garlic, green beans, peppers hot and not, eggplant, spinach, corn – whatever was available was included in the pot. Fresh grated parmesan topped our plated mounds of delish.

Frequency and the friendliness became the basis of many long nights of culinary weirdness. Near the end of the day, Jeff would swing by the farm and he and Mr. Skow would come to an agreement about the leftovers.

Once it was a plethora of green beans which took us about 6 hours to clean and snap. The fruit of our work resulted in the most amazing canned goods which lined that self-assembled cabinet in the laundry room. There were 10 quarts of beautiful Italian bean, and 6 quarts of experimental green beans spiced with Hungarian peppers and dill. Jeff made up that recipe on the spot. They were fantastic and fantastically addictive. I playfully created labels for both types of green beans and cheekily dubbed his creation “Pick-a-Dilly Beans.”

My New Yorkers, East Coasters, Tennesseans and perhaps even a few Michiganders are probably giggling about the incongruous picture of city-me this creates, but that was nothin’ really.

We canned stewed tomatoes, crushed Italian spiced tomatoes, tomato juice, carrots and salsa. But, by far the most memorable to us and our Adrian neighbors is the time Jeff and I shucked over 80 ears of corn in our driveway, mostly in the dark.  I arrived home after work early evening and discovered I was unable to pull in. Rows of bins, and Jeff in a lawn chair blocked my way. He explained he thought he’d be done by the time I got there, but had apparently misjudged the amount of end-of-the-day corn he’d bargained for.

I changed my out of my work clothes and joined him and before we knew it, it was dark. Streetlights popped on and I ran into to turn on the inside office lights on that side of the house hoping it would cast a bit more light. With my hand on the un-flipped light switch, I naturally glanced outside. It was a messy scene, and I figured when we were done, we were going to have a heck of a lot of clean up.

Even with his back to me, arms pulling and ripping, tossing first-stage cleaned ears into bins, I could tell Jeff was truly happy. It was quite a picture, and one I’d wish I thought to take. But, the memory and my grinning chuckle remain.

PS – we were out there ‘til midnight, rinsing with the garden hose and hauling full storage bins of corn inside. The next morning, I wandered into the kitchen to find Miss Fred crouched on top of a pile, feasting on an ear of corn. She was a weird little cat, but then again, who were we to judge? 😉 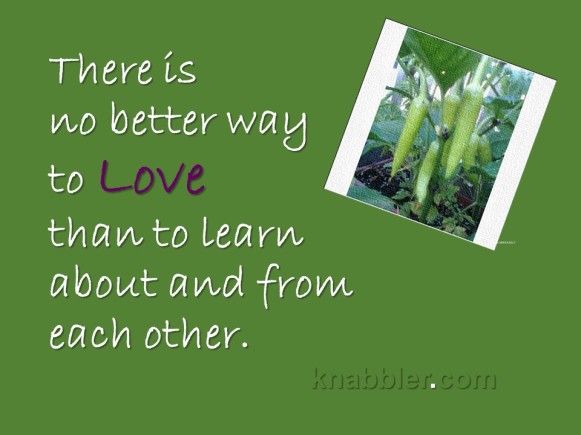 Jarring: All About Them