The instant response was, “When and where?”

Back then, instant, was unusual. In 1998, “instant” meant you happened to be sitting at a computer that no one else in your home needed to use, that your computer was connected to a modem that was tying up the phone line, and that nobody was complaining you’d been on too long. Although, it could also mean that you were at the library using their time-regulated computer modem, hoping that no one else needed to use it and no one would complain you were on too long.

Having an almost real-time conversation was rare, but I owned a computer with modem capabilities, and so did Jeff. If he got kicked off, cut-off or wasn’t able to connect, he would head to the Tecumseh Library to use a public terminal.

I save a lot of things. Correspondence has always been one of them, and although my parents tried to break me of that early habit, I never gave in.

Some of the remarkable correspondences I have are letters from my younger brother while he or I were in college, a letter from my grandfather, amazing postcards and sentimental birthday cards, and as technology progressed, ICQ screen prints and emails.

On the first page, it’s worth noting that at the time we were “talking” over type-written computer delay through the dating site. We also spent time on ICQ, which back then, was as instant as computer communicating could possibly be.

On Thursday, August 20, I sent Jeff a note that seems like it must have been a response to why we were both on-line at 2:22 am: Up Late Too.

We might have been reconfirming our meet-up plan for Friday, August 21st, or maybe he just caught me on-line reviewing his profile, or both.

I don’t know. I do know that this was the first time I noticed that, according to detroit.matchmaker.com, Jeff909 and I were rated a lowly 27% match.

See for yourself below. 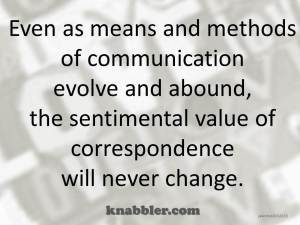 Glad I Didn’t Know Then: http://www.scientificamerican.com/article/scientific-flaws-online-dating-sites/