Everyone’s got that one thing that completely contradicts what they’re about.

I mean, we all have things that seem odd for us and odd to us.

Mine apparently is oatmeal. Who knew? When it came to my attention, I laughed. A lot.

According to my informer, I am incredibly precise about everything being done correctly and uniformly.

Yet, daily, my morning oatmeal ranges from runny to mushy to perhaps over-cooked and occasionally under watered.

Last Christmas (or maybe the one before) I gave my honest informant a special bowl that I thought would not boil over and measuring cups for her morning oatmeal routine. Because she’s not that fond of it, but stands by the fact that it is good for you, and filling.

I hit the yogurt wall a few weeks ago. Seriously, I cannot fathom ever eating a yogurt again. Not Greek, not low-fat, not full-fat, not whipped, not extra creamy, not organic, not even extra sugary dessert type which claim to black forest cake or lemon meringue pie. No.

Lately, eggs have joined the not-gonna-happen list. Hard-boiled, scrambled, cooked in a circular ring on a greasy grill – no. Although, my toothless stand-by of Impossible Pie has not been over-used or become unappetizing, thank goodness.

What exactly is my resistance to measuring oatmeal and water? Laziness… possibly, but I think I’d rather go with Scientific Variation.

Like that spin? I do think it could be considered more fun to eyeball and see what happens –  who doesn’t like a daily experiment? I have through tedious research and trial and error conquered the overflow factor with an obnoxiously large bowl which sometimes leads to a larger than the dietary proclamation of recommended daily intake/allowance/suggested serving size.

The bowl has also seen better days. The plastic base is beginning to show white stress marks radiating from the little bumped-up mould release spot in the center bottom. One of these days, I’ll likely end up dealing with the slimy mess of unrestrained oatmeal lava.

Still, that’s not enough to convince me to search out another dollar store cheapie. I own 3 sets of the same pattern dinnerware. Two open sets are cabinetted in separate groups of 4; the other remains an unopened wedding gift from 2001. I haven’t broken a deep soup bowl, yet, or a shallow cereal bowl, or a salad plate, or a dinner plate, either. The only items incurring damage have been coffee cups. None have cracked or shattered. A few have unfortunately chipped, which is quite unfortunate since mugs are the only non-backed-up food service item.

The oatmeal appropriate bowls don’t microwave as well my yellow plastic vessel. The asbestos-glove-required outside nukes up faster than the actual gruel. I do use the deeps at home nestled into the bottom of an old Meal-in-Minutes microwave bottom boat, which makes home hot food handling on tippy-toes as I reach for the over-the-stove unit designed for normal (taller) users just a bit safer.

At least laziness doesn’t play a role in this scenario. I’m know not too lazy to drag one to work.  I also know I’ll be annoyed with the microwaved results unless I also drag the pink thing and a potholder.

I could leave the potholder, but I’d have to carry the Tupperware on my daily walks to and from work. It’s seriously one of my best kitchen tools.

I should buy another. It’s rather contradictory that I don’t already own two, because, well… yeah. 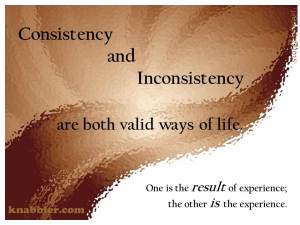